For those interested here's the whole of the superstition cartoon that's posted on Illustration Art. I drew it for the Washington Post Weekend section back in September of 1996 and it appeared on Friday the 13th. 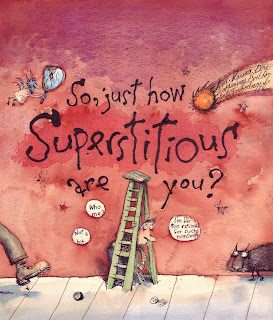 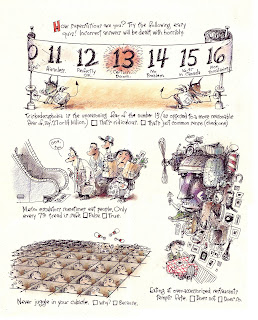 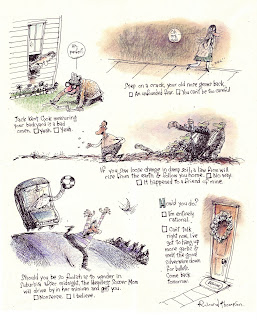 One particular reference is understood only if you lived in the DC area in the mid-90s. Jack Kent Cook then owned the Redskins and he was looking around for a place to build a new and better stadium. Several neighborhoods were worried about being within the event horizon of a mammoth sports arena.

The cover is watercolor; the inside pages are in colored pencils and pastel blotted with alkyd medium. And pen and ink of course.
Posted by richardcthompson at 4:35 PM

Sheer genius. Unfortunately I have to go lock myself in a solitary room now.

I've seen the Headless Soccer Mom. She ranks right up there with the Idaho Pit Toilet Viper Cow for absolute comic fear-mongering.

How did the Headless Soccer Mom lose her head? 😂