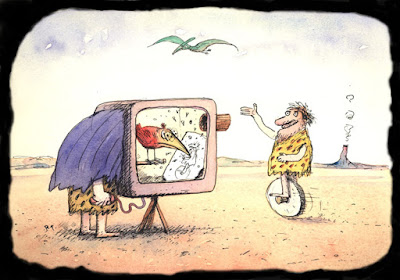 So here we have the Cronk brothers, Murray and Oog - on the first wheel - as depicted by the much loved "R.T."
Posted by Mike Rhode at 12:28 PM No comments: