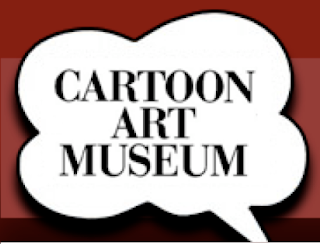 Original comic strips on view live and in person in the exhibit are:
My thanks to Andrew Farago, consummate comics curator, cartoonist and cool guy, for squeezing me in among this august group. Again, the place to be is Cartoon Art Museum at 655 Mission Street, San Francisco, CA 94105, (415) CAR-TOON, (415) 227-8666.
Posted by richardcthompson at 7:10 PM

It was definitely the place to be. It was a great introduction to your work!