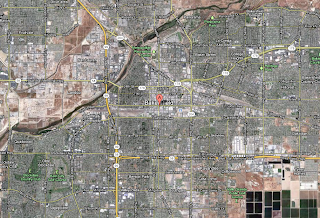 Cul de Sac just started in the Bakersfield Californian, where it replaced the beloved English strip Fred Basset. Many readers are so far unimpressed.  I haven't seen such instantaneous dislike for Cul de Sac since the strip started in '07 (and it makes me feel young again!). My view is that you have to give a comic strip ten years to fully infiltrate you consciousness, and till then your opinions are shallow and worthless. Unless, of course, you like the strip at first sight*.

Really though, this post is a little self-serving: preaching to the choir and making fun of unadventurous Fred-Basset-loving fuddy-duddies who only ask for a pleasant chuckle and don't need some yacky kid strip foisted on them. So let's just say I'm happy and proud to that my strip is available to actual newspaper subscribers in Bakersfield CA! And I'm very happy to say that CdS just started in the Oakland Tribune. From what I hear the strip was picked up because an editor and his kids saw it online and liked it. That's the best I can ask for and an unheard-of way to get into a paper. So I'm damn grateful and I wish I'd quit grousing.

My friend Mike Rhode tells me the Sunday CdS is starting in the Morning Call of Allentown PA, where it replaces Fred Basset, of course. In the comments on this post, David W outlines Fred Basset's sordid history; how it was put into a decade of reruns after the creator's death and, worse, how it's been drawn by an anonymous and uncredited artist for the past 11 years. There's even this. So I'm suddenly a liitle less sympathetic to unadventurous Fred-Basset-loving fuddy-duddies.
*Thank you, Alex in Oakland!
Posted by richardcthompson at 6:00 PM

I could have sworn they were goony-looking.

Fun fact: Bakersfield is where Merle Haggard got so drunk that he decided to burglarize a tavern and steal the money even though it was broad daylight and the place was still open.

So, to summarize: Fred Bassett is English, not terribly funny and a very long dog to boot. Cul De Sac is terribly funny, not British at all and most of the dogs are not long, if there are any dogs at all.

Oh no, what's wrong with being English?

Ugh. Fred Bassett's been the same "joke" for over 20 years. I read it for maybe three months before I gave up on it. And I'm another who fell in love with "Cul de Sac" the first strip I read. The scratchy art is part of the appeal, for me.

I'd hate to sway the opinions of the readers by sending ringers over to the site, 'cause, jeez, that's not fair.

The English are my favorite foreigners, along with Canadians, New Zealanders and Australians, in part because I'm bad at learning new languages. And I'd rather have Fred than Marmaduke as my dog.

And thanks, scratchy is the best art.

I have to admit that the drawing is poor, the jokes are contrived, and the characters are very dorky. Nothing at all like my life!

As a Denver native, and life-long reader of the Post (not by choice), I wanted to make it known that, all across this great country of ours, people have some bizarre attachment to Fred Basset. Some sort of nutzoid grassroots campaign actually got it returned to the paper after it was removed once, long ago.

Maybe this can be a thing, where we target every paper in the country with Fred Basset and get them to replace it with Cul de Sac? That might do something to arrest our cultural decline...

Sorry, @hungrydog, I love most British/English humour. (See how I spelled it there?) That was a cheap shot and I regret it.

Oh, man. Cul de Sac saved the comics, for me. We lost Watterson and everything was getting tiny anyway... maybe it wasn't even worth it...

And then -- there was Cul de Sac! And the comics were worth reading again.

Sorry, trying, not triangles. Tringles! Writing in English from an iPad set up in French is so times tricky. Anyway. cul de Sac is one good reason for me to learn and practice English.

Every day, in every way, my argument that cloth-eared management is the industry's worst enemy becomes more and more self-evident. Bad enough that they shifted the balance on such a small scale rather than redoing the whole page, but then to admit that you made the change because you don't really care about the demographic you just abandoned ... do these people ever leave the building and meet real humans?

Cul de Sac, of course, is a great strip, but you don't unplug Fred, plug in Alice, and think you won't get pushback. It's like taking macaroni and cheese off the menu down at the local diner and replacing it with Thai curry.

Could have been worse. They could have dumped Mark Trail. The Trailheads'll cut ya.

Generally speaking, comic strips should die with their creators. Some should die long before that; Beetle Bailey hasn't been funny for at least a generation. But Pogo should not have been kept on after Walt Kelly died, and there's no excuse for Shoe, Dennis the Menace or Hagar.

You can count on reader outrage every time there's a change on the comics page. Now that Cul de Sac's been running for a couple of weeks, pulling that would also lead to a slew of angry letters. If an editor were to put a new feature in its place every day, we could save the U.S. Post Office through outrage mail alone.

I say put them all up against Big Shirley. People are allowed to have opinions, and if they miss their English humor I understand. Surely they can be a little nicer about it though! D: I'm not exactly a great art critic, but I just wanted to say that Cul De Sac is my favorite comic strip. Thank you for drawing it.

I sure hope I'm not the only one around here to feel entirely gratified on seeing that the first person whose grievance they post there is an Alice. Evidently can make some claim to be worthy of the name, too!

I have to believe that the Californian site is only hearing from those that dislike Cul de Sac... although comic page readers seem to have very traditional tastes. My local paper added a new strip by trying out a new one every Sunday and asking the readers to vote. After a few face-offs between top vote-getters, Stone Soup got the nod. Not a bad strip, but certainly no Cul de Sac!! But they should've also added the dailies to give everyone a better flavor of each strip.

I loved Cul de Sac on sight long ago when you started running in the Washington Post Magazine. So I'm sorry that the grumpies on the Oakland site oppose this original and beautiful strip so ferociously.

I agree with other posters that the Oakland management didn't introduce the comics page changes with enough tact. I seem to recall that when the WashPost started Cul de Sac on the comics page, there was a multi-day intro of the characters and setting. Do new papers do this now? I liked how it made the arrival of Cul de Sac an occasion.

I did an interview with a staff writer that hasn't run, which can be a good introduction.

Really though, this post is a little self-serving: preaching to the choir and making fun of unadventurous Fred-Basset-loving fuddy-duddies. So, please, no more comments. And let's just say I'm happy and proud to be have a strip available in Bakersfield CA!

When the author of Fred Basset, Alex Graham, died back in 1991, they had a year and a half of comics still left to publish. To me, that's a sign of a cartoonist phoning it in.

They ran it in reruns for almost a decade before another cartoonist took it over (whom still doesn't get credit for the work). I found this post Why do people like Fred Basset: http://www.theenthusiast.com.au/archives/2011/the-tough-question-why-do-people-like-fred-basset/


Whatever you do. Don't remove Nancy from the Bakersfield paper. You could start a riot.

Don't believe all that you hear! I love your comic strip and my sister loves it, too! It kind of, sort of, fills the hole that Calvin and Hobbes left in our heart! I didn't know that Cul de Sac was in California! I live so close to it and I didn't even know!

" have tried for a week to like this so-called cartoon, but I just can't."

Get used to it!

I was surprised by all the negative comments, but I guess I shouldn't be. I create stuff for a living (novels, iPhone apps) and no matter how good something is, beautiful, bug-free, someone will complain bitterly.

I've also noticed that people complain more and are nastier in their complaints when the product is free.

I offered an app for 99 cents that was beloved by its users and had a 5 star rating on average. I released the same app under a different name, but gave it away for free (to test the response). I got 10 times the downloads and an average rating of 1 star.

Needless to say, you could be the cartoon version of Michelangelo (which isn't far off) and still attract the ire of the small-minded, unconscious dead weight that refuses to learn how to read their favorite committee made, Xeroxed, hackwork strips online.