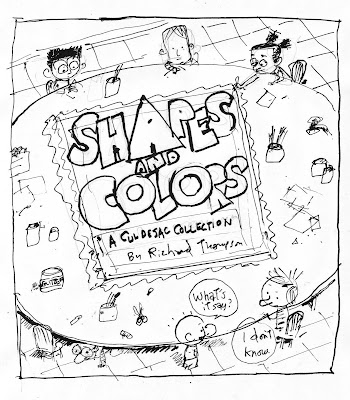 Here's the rough for the cover of the third Cul de Sac book (unless you count the other, previous, third Cul de Sac book, the Golden Treasury Keepsake Trove or whatever it's called). This one collects all the as-yet-uncollected daily & Sunday strips up through last winter some time. and it's due out this fall. I finished the watercolor yesterday and Fedexed it off the Caty Neis, my editor at Andrews & McMeel (who I'm looking forward to meeting in Jersey City next weekend).

I took the idea from this older sketch for a drop panel that I never used. Drop panels are the ornamental title panels on Sunday strips that feature the title and some art, and are often dropped by newspapers who don't run the Sundays full width. Which is very much their loss if the drop panels are as lovely as those by Patrick McDonnell in Mutts. At some point early on when I had delusions of grandeur, I'd thought of doing a whole string of drop panels that would rotate randomly from Sunday to Sunday. Here are a few of the sketches I did. 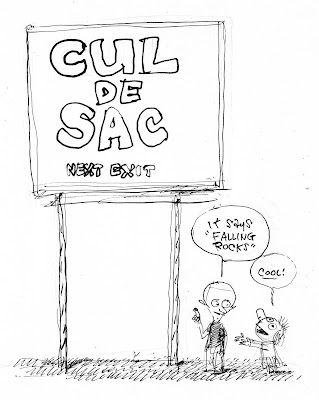 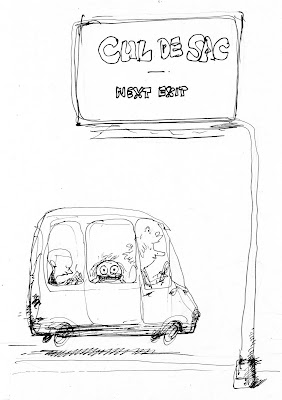 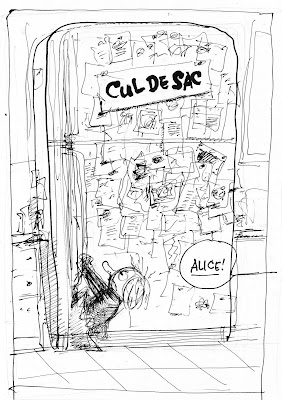 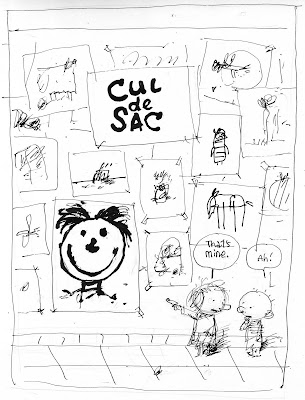 I'll get around to these any day now.
Posted by richardcthompson at 11:10 AM

Labels: who dropped that panel?

If I were a color, I'd be Midnight Blue. But if I were a shape, I'd be an irregular polygon of some sort...

I like the first one; very evocative of Little Nemo.

Somebody needs to help you recover your missing delusions of grandeur so we can see these drawings finished, I feel.