Coming soon! Compleating Cul de Sac, second expanded edition! 80 pages more than the 1st edition. It's the perfect Thanksgiving gift!
Building on the original 2016 edition (designed by Richard's friend Bono Mitchell), editor Mike Rhode and layout designer Barbara Sutliff added additional material done by Richard as dedicaces in his books, more interviews, and the CDS children's theater play, in addition to the over 80 original CDS strips he left out of The Complete Cul de Sac.
We've also included many of the drawings of the CDS characters done for and in remembrance of Richard, and charity ones that have raised money for the Fox Foundation's Parkinson's disease research (after the initial Team Cul de Sac book and auction project by Chris Sparks).
All money from the book will go to Team Cul de Sac for the Fox Foundation. The book will be available to order via print on demand before the holidays. 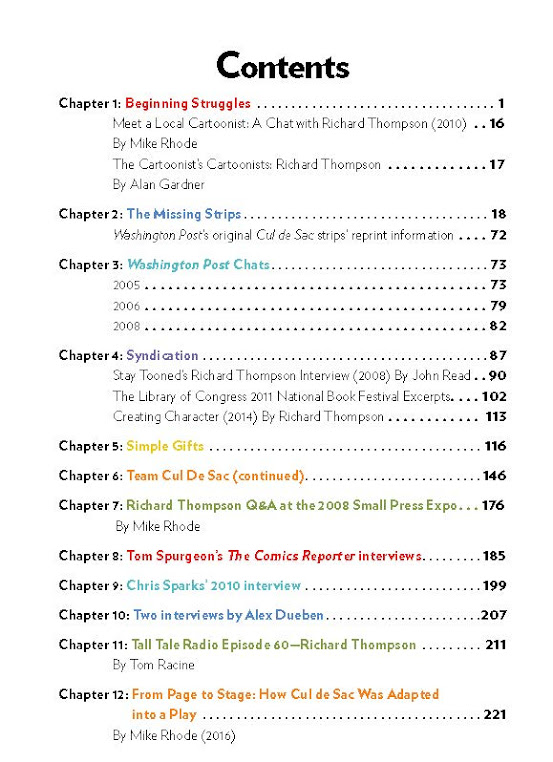