Big Bill Clinton occupies the White House, Dolly the sheep gets cloned and in sports a guy named Mickey Mantle is wowing 'em as the Senators take the pennant  (OK, I don't know sports). It's 1997 and a young cartoonist is about to embark on a stage in his career that will have far-reaching repercussions.  Here, for only the second time in living memory, are two pages from the June 8 Style section of the Washington Post for 1997 that introduced  an as-yet unnamed feature to an uncaring readership.  And so,the very first Richard's Poor Almanac took up most of page C-1 -- 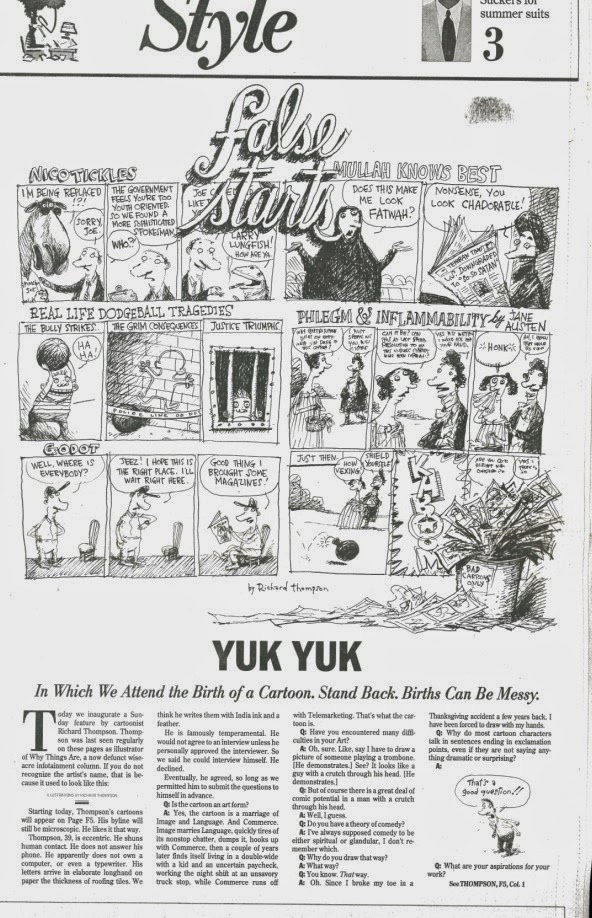 then jumped a few feet inside, where the cartoon proper was hidden. This was something of a trial run for the cartoonist, whose only injunction from his then-editor, Gene Weingarten, was to make him laugh.  ("And no penises!") 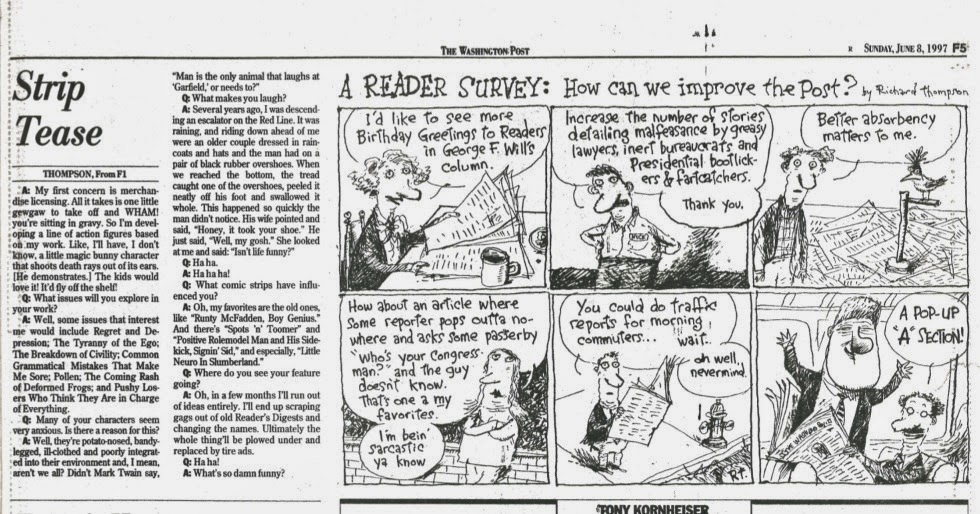 The rest is history, though there remains one mystery: the original drawings disappeared, only to be found in a trashcan on the Post's fifth floor with the imprint of a sneaker clearly visible . Rescued from the trashcan, the art now decorates Gene's basement office.
Posted by richardcthompson at 1:32 PM

Labels: So what's the mystery

Gaaahh! I wish they were larger so I could actually read them!

Richard wrote the text too. The 'self-interview' that is.

The origins of Little Neuro!