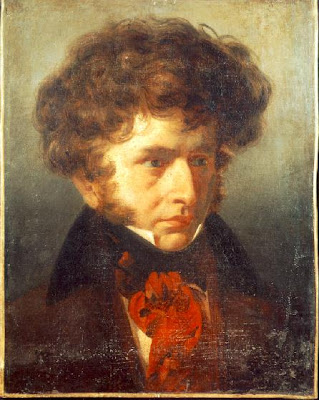 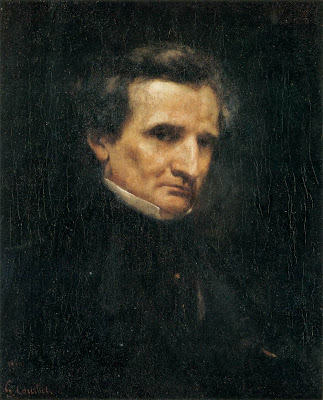 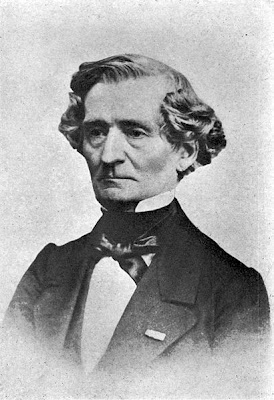 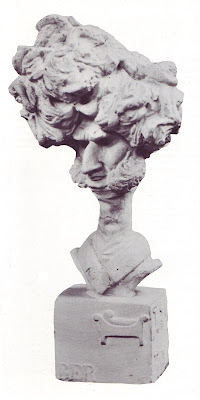 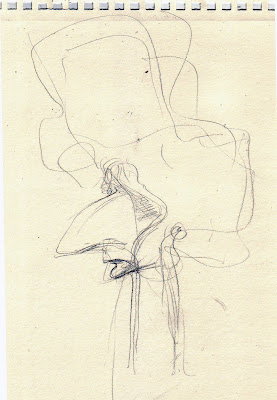 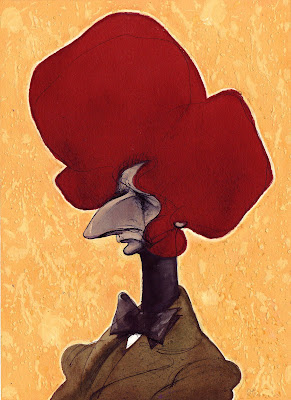 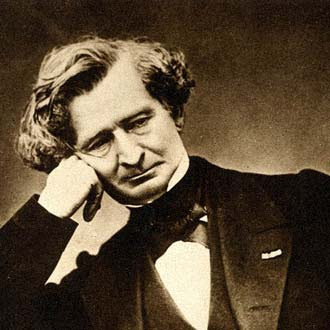 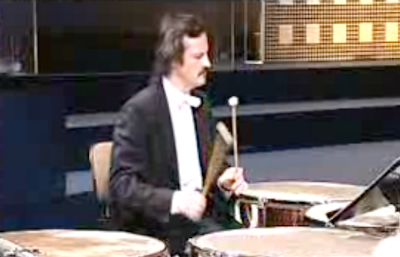 Posted by richardcthompson at 7:04 PM

Gouache doesn't hurt it one bit. And I'll be damned- that IS a deliciously nice red wash you've got there!

I have a feeling that living in the Romantic Age was probably a pretty good way to end up disappointed despite the occasional triumph. Even Byron probably sat around thinking about how he wasn't living up to the hype. The Romantic stuff wasn't really that much fun, the fun stuff wasn't really that Romantic ... I'm sorry, were we talking about pictures here? I like the picture!

Love it! Care to see earlier cartoon takes on Berlioz?

One of my favorite books is Berlioz' autobio, which begins when he's a student. He viciously criticizes his friends' talents, and complains about the judgment of his self-described brilliant compositions by the stodgy teachers. He was a talent, but also a prima donna egomaniac for sure. And maybe he had to be to succeed.

I enjoyed reading Berlioz's "Memoirs". Have you read it?

That is, indeed Basil Fawlty! Bwaaah!!

No, it's Peter Bowles of To The Manor Born. Or maybe a combination of him and Basil Fawlty!

Frankly, I see a lot of Petey Otterloop in that first portrait of Berlioz. Something int he slightly nervous look in the eyes, the nose, and the brow under that prow of hair.

That red wash is utterly Fabulous !
enjoyed your post today.

Fun! But -- 5 or 6 'lairs"??? a wild animal's resting place, esp. one that is well hidden.
• a secret or private place in which a person seeks concealment or seclusion.

First off, this is a fantastic post. The caricature, while not Daumier, is superb! Love the red wash and I think you're being a little hard on yourself with the background. The texture created is lovely and that hue of naples yellow is great!