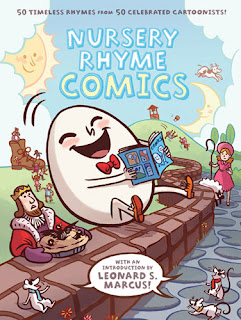 Coming to a bookstore near you on October 11 courtesy of the fine folks at First Second- Nursery Rhyme Comics, edited by the unstoppable force known to his friends as Chris Duffy. Chris is as close to the platonic ideal of a comics editor as it's possible to be (he knows how to get really good work out of people and he's forgiving about missed deadlines, and he's a nice guy; also, he's a talented cartoonist himself, which makes me worry a little). 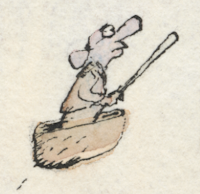 I got to do "There was an old woman tossed up in a basket..." 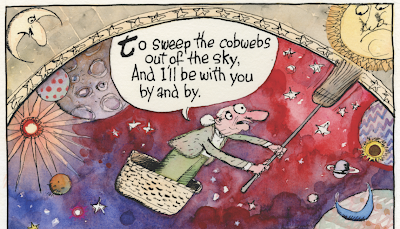 Ooh! I'm going to rush out and buy that at a bookstore near me!
Posted by richardcthompson at 4:59 PM

Richard this is beautiful!